20 Seconds that will change your life

20 seconds that will change your life

Sometimes, all you need to bring about a significant change is twenty seconds of bravery. And this isn’t just a catchy quote from a film. I’ve experienced it myself.

A few weeks ago her new school organized an introduction session. I was allowed to drop her off and pick her up afterwards. In the hall of the new school, dozens of children and just as many adults were standing around, looking rather uncomfortable.

Without warning, Bernice walked up to another girl a few meters away from us and started up a conversation. I assumed they’d met before somewhere. Fine for her. They looked as though they were getting along nicely. When the parents left a few minutes later, both girls walked into the classroom together, talking excitedly.

But when I picked her up three hours later, Bernice told me she’d never seen the girl before. “You mean you just went up to someone you thought might be nice?” I concluded. “That was a brave thing to do.”

“Yes. I thought: Let’s do what they said in that film we saw recently. You remember the one: We bought a zoo.”

Then it all came back to me. A couple of months previously we’d seen this film. The main hero was a widower named Benjamin Mee, played by Matt Damon, who – you’ve guessed it – buys a zoo. In the film, Damon gives some important advice to his teenaged son: “You know, son. Sometimes all you need is twenty seconds of insane courage. Just literally twenty seconds of embarrassing bravery. And I promise you, the results will amaze you.”

Apparently, this lesson had made a big impression on our daughter. Just take a deep breath, and be incredibly courageous for twenty seconds. That can make the difference between an unpleasant first day at your new school or a really good one.

Sometimes you need a little help to appreciate a wonderful, simple insight. The twenty-second lesson was the crucial element of the film. And I’d already forgotten it. But ever since Bernice’s introduction day, I think about it quite often.

Everything that’s new and different is going to feel uncomfortable at first. Discussing sensitive topics with colleagues. Or with your partner. Adopting a different attitude to your work. Saying no to things you previously agreed to do too readily. Phoning or calling on someone in person instead of responding with an impersonal email. The list of small victories you could win is endless. And often, all you need is twenty seconds of courage. Allow yourself to feel socially ill at ease for a few seconds, and then watch what happens.

That’s often the best way to learn something. Not by thinking long and hard while sitting on your couch, but by forcing yourself to try something different, something new. Now! That’s a truth that a 12-year-old girl understands better than her father of 48.

Ben Tiggelaar
(Originally published as a column in NRC Handelsblad)

Why changing is so difficult (and what does work)

How to transform fantastic plans and good intentions into reality. Bestselling author and behavioral scientist Ben Tiggelaar has written a new book on the topic: The Ladder, full of practical tips for creatures of habit. If you want an interesting career, ... 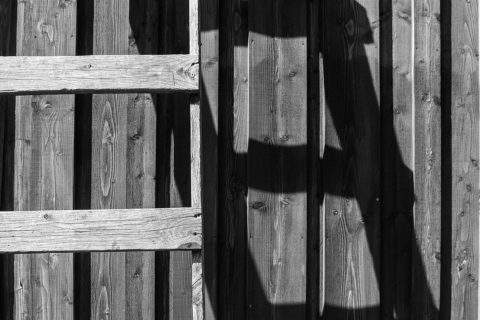 Face to face with Barack Obama

By Ben Tiggelaar * On Friday September 28, 2018, at six o'clock in the evening, I sat face to face with Mr. Barack Obama, the 44th president of the United States of America. It was my job to interview Mr. Obama ...

The sure way to change behavior

It makes no difference whether you're a policymaker battling obesity, or a manager trying to raise employee satisfaction for many of our plans, changes in behavior need to be made before you see any results....